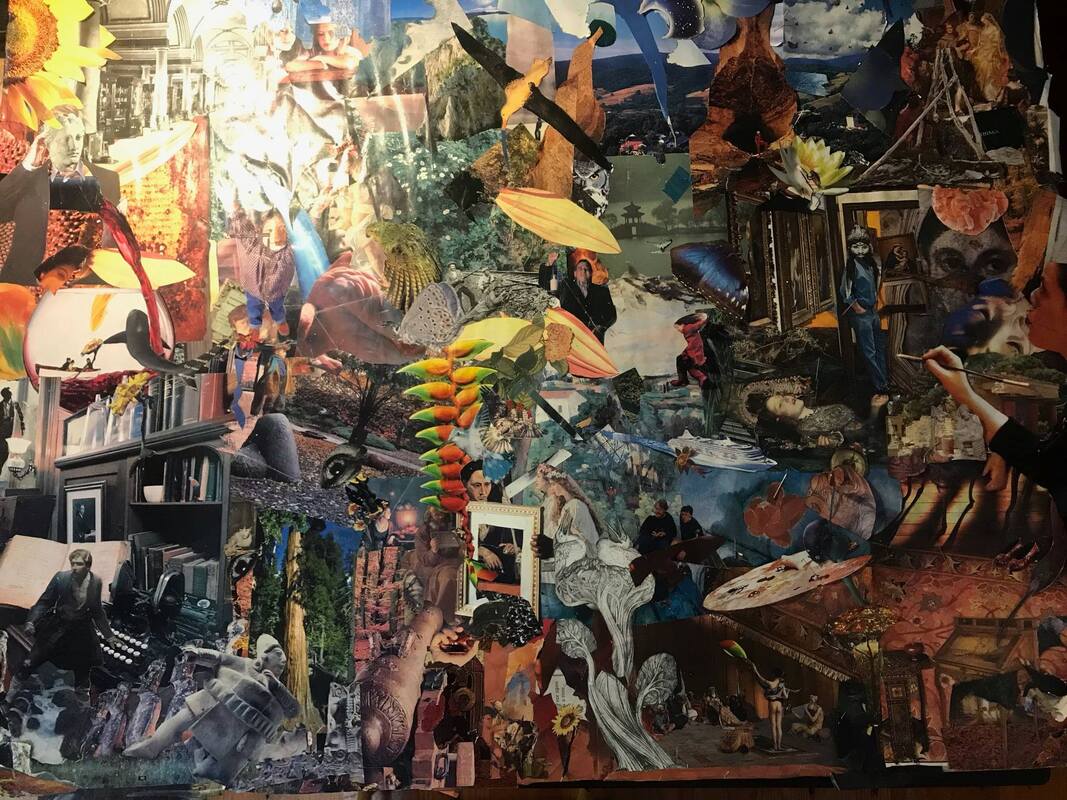 Editors’ Selections from--
(a quiet book [A Book of Measure, Part II] The 12th Notebook

the thought of what is to come is never remembered.

for Fran
AND when the World folds in upon itself and laps at our stranded feet standing alone at the shore the boundary we are when all combines into many and releases into itself everything that it is– stand firm and walk reach down and touch don’t for a second think not to go wade in & be held to behold your way Is the way and the absolute rings with the markt clarity of the Bell. and it will ring will ring will ring again ring
*


The ripe Field blossoms in winter
as any foot can tell
Sierra     or New England the bright path sashays
to always     between     if we do not look down to where Notice begins
to see. Seed in dormancy--
An Ocean carried in the quiet verse of back and forth.
As Shore definitions raise a path of before or after where an inland sea can
still
in the bare midst of a Journey surprise the eye to continue
to that place of division where     the light
unburdened by shade or leafing branch
still in frozen silence waits its turn

a delight    and a single  remonstrance of the Moon
to divide the night into manageable confrontations
will relinquish a return of sorts to realms thought lost
yet now found shadowed by footfall on the dark damp familiar path
–Same trees–      birds in silence nest–
air cooling stirring to rid itself of the sun’s persistence
and all to Place this heart on the thin line of where it has always been
A reminder then that to a wake, a path must first persist before it
and I can only turn and look back as it parts the where I have been–
into a slowly opening rhyme that sings only  as I move away
Calls me to turn and know that in doing so will return me as with
any rhyme to  where it is I have been before.

breath between shore and air
taken when as it does


And what we could not imagine is that after all the struggles and Dreams all the drama and achievement and failure and the simple walk back to begin again and then again starting again that we would emerge alone– arriving– carried on an arabesque– on the shore of an I where in perfect balance near everything could be seen and so much of it actually taken in.

So here I am
here I am


SONGS OF THE HARPER

The death of a Tree

and so then in its
obscurity clearly
like magick or memory guides
the now from far or near silence
as it steps again or again steps
to return to where it thought it was
but now with a gentle stumble is.

The far can not recall the near and the near
can fall back and back again into only
the now.
The boundary I once thought to cross remains

over there
where it all along was
from the author’s
"A NOTE ON THE TEXT”
The 12th Notebook is part of A Book of Measure. A Book of Measure is a prose Poem; a thing Made. It is a fictive proposal in new Narrative. It is not experimental. Its form is inclusive. It builds upon the work of composition by field proposed by Charles Olson and broadened by the work of Robert Duncan.
It is not a river Poem: It is a delta. Its Field is Form, coalescing meandering flowing– all from Source. The subject is consciousness: But it is Mind before or perhaps just after it has flowed into Narrative: It is an ongoing multi-volume multi form work: A discrete structure constructed in Circumferences made up of a-linear narrative cells, each individual, each integrally connected.
Return to Table of Contents