I, Lazzaro:
Being the True, Complete, Authentic & Uncensored Account of My Youth,
Education, Combats, Amores, Voyages & Traffiques Written Freely in My Own Hand

Excerpt from a novel
by Eric Darton 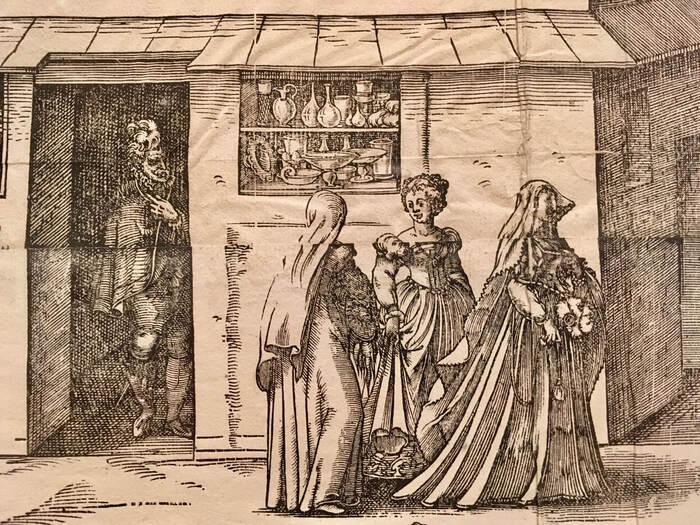 Jost Amman. Swiss, before 1539-1591. Procession of the Doge of Venice to the
Bucintoro on Ascenscion Day, ca. 1565. Published by Johann Valentin Schallern,
1697. Woodcut. (Detail). Metropolitan Museum of Art, NYC

This is I, Lazzaro’s first appearance in print. The second volume in a trilogy, the novel is the prequel to Free City (WW Norton, 1996), which is being reissued by Dalkey Archive and may be pre-ordered here.

We are delighted, not least because a new generation will have access to this political, historical and fantastical tale of love and strife set in a northern European port town at the dawn of the Enlightenment.