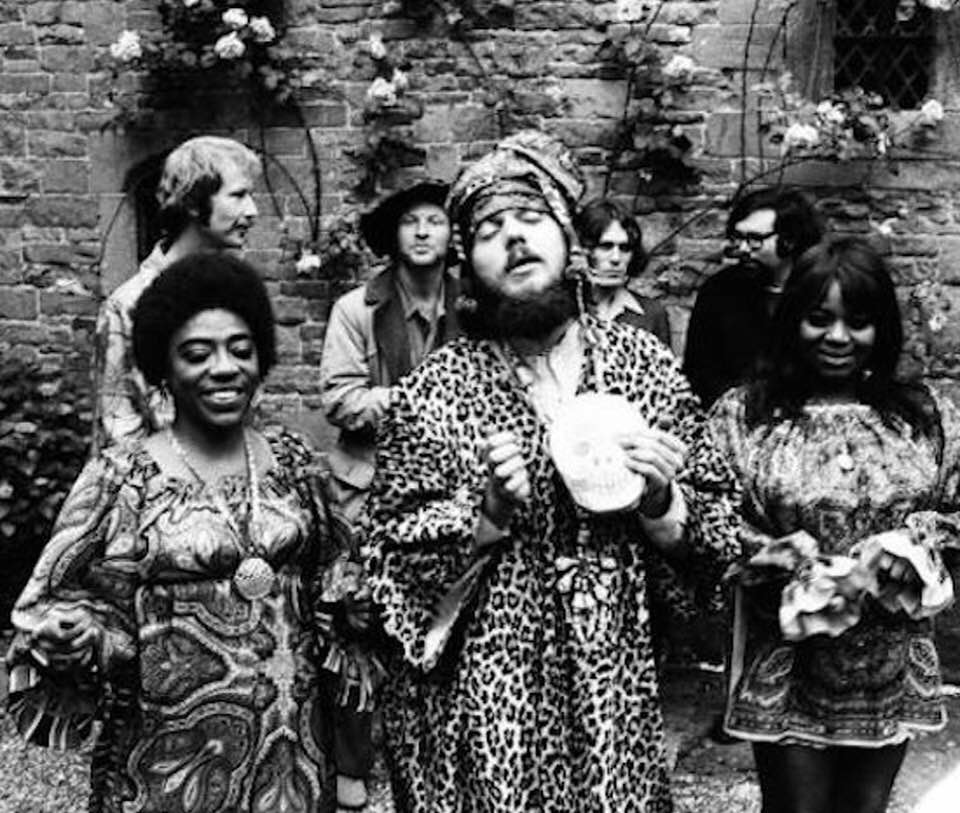 A Medicine for Melancholy
Brian Cullman

In later years, his dress was more conservative, and he no longer looked like a Cajun’s idea of the Pope, but still, with jaunty hat and ever-present sunglasses, oversized jacket with pocket squares tucked in the breast pocket, a few beads and alligator teeth hung round his neck, and a hand-carved walking stick, Dr John looked like a wealthy merchant who’s taken a lease on Mardi Gras for his own personal use.

But back in the day, you could see him coming from 3-4 blocks away, looking like he’d just wandered out of a Tarot deck, a turban or headdress wrapped around his head, Old Testament beard spilling down his front, purple velvet jacket or the moral equivalent hanging loose round his shoulders, and if you kept looking, there’d be a few snakes spilling out of his pockets, a sleepy eyed blonde peering over his shoulder and a bespoke brass band lurching behind him, trying to keep up. And if you didn’t catch the mischief in his eyes, maybe even if you did, he'd look like he’d just wandered in from a nightmare of ancient incantations, double double toil & trouble, the intersection of the bogey-man and the boogie-man, with the rhythm of time past present & future dancing together and dancing apart.

And if you thought for a moment, you’d realize that the beads and the spells, the come-to-me powder and go-away dust, John the Conqueror root and Devil Low spice, that whole look of swamp thing and gravesite and permanent midnight could only come from someone deeply afraid of the dark.

In the late ‘80’s, early ‘90’s, when I was a regular in New Orleans, I’d see him on those Delta flights, ambling down the aisle of the plane, ignoring the imprecations of the various flight attendants who kept trying to check his strange old wooden cane, the one with the carved skull on the handle, looking far more weapon than crutch.

“They cain’t read my accident,” he grinned. “My woids. What they don’t know, they still don’t know.”

What they don’t know, they still don’t know. I wrote that down.

In the late ‘50’s, early ‘60’s, a friend was playing drums in a jazz band in the deep south. On their way back from a gig, late at night, they were pulled over by police. He was the only white guy in the group. They all had small amounts of dope in their pockets, some weed, a few pills. There was no time to dump their stash, so he gathered up what they had and put it in his own pockets. He did it because he knew and they knew that, being white and having family, he’d get a light sentence, while they’d be sent away for life. He did it because he’d been flirting with a waitress at the club and made them run late. And he did it because he knew he wasn’t that great a drummer. Penance.

Dr John, back when he was still Mac Rebennac, was in prison in the south at about the same time and for approximately the same reasons: for being in the right place at the wrong time; for crossing racial boundaries; for running with a crowd of pimps and hustlers and trumpet players; for playing flatted eighth notes on a one way street.

And it had roughly the same effect on him. He could be everywhere at once and nowhere at all; he could drag the past into the present and the present into the past, both; and though he was mostly kind and soft spoken, he was always sure that someone had snuck the jelly out of his jelly donut.

When he played – and he was always playing – you could never quite read what was going on inside his head, the notes from his piano would be flying around the room in a non-stop jumble of Christmas, New Year’s and time’s own birthday party, and his mouth would have that “you ain’t seen nothin’ yet” sorta smirk; the joy he got from the sound and the groove was palpable, and his laugh was a part of the sound, right behind the beat, carrying the second line, but his eyes had that deep and faraway glaze you see in the eyes of dogs tied outside convenience stores, waiting, not quite sure their master will ever return.

Much as he loved to play, he hated to talk about playing. “One time I seed a magician get to talking so much, so long, the rabbit come out dead. And he had to go throw out the hat.” Not that he couldn’t carry on for hours about James Booker and Cosimo Matassa, Allen Toussaint and Shirley & Lee, and the wild and cosmic beauty of “Got You On My Mind,” “Iko Iko,” and “Junco Partner,” songs that appeared by the side of the road, emerging fully formed, like from the head of Zeus or Marie Laveau.

But that’s history. History is where he lived.

On that same Delta flight, he sat down and shook his head. He was on tour. “Things so bad,” he said, “I gots to call a band meeting. That’s how bad.”

Mac was playing a jazz club way uptown called Mikell’s. It was after two in the morning, and the place was packed, I could barely squeeze in, it was sweaty and loud and raucous, the bartender was standing on top of the bar playing trumpet, and he wasn’t bad. He stopped and leaned down to pour a drink, and I angled my way down to the rest room. There was a line. An altercation was in progress, and a young black guy in coat and tie was furious at someone or something. No one seemed to be contradicting him, but he was lashing out in a rage at the world. His anger was everywhere. He pulled a gun out of his pants, aimed and, just like that, he shot the toilet and ran out. He must have hit the tank, water started to spill all over the floor, and the room was suddenly very loud and very quiet.

Mac was standing at the top of the stairs, he’d already been told.

“Someone shoots a toilet,” he muttered, “they misinformed. They got  bad information.” 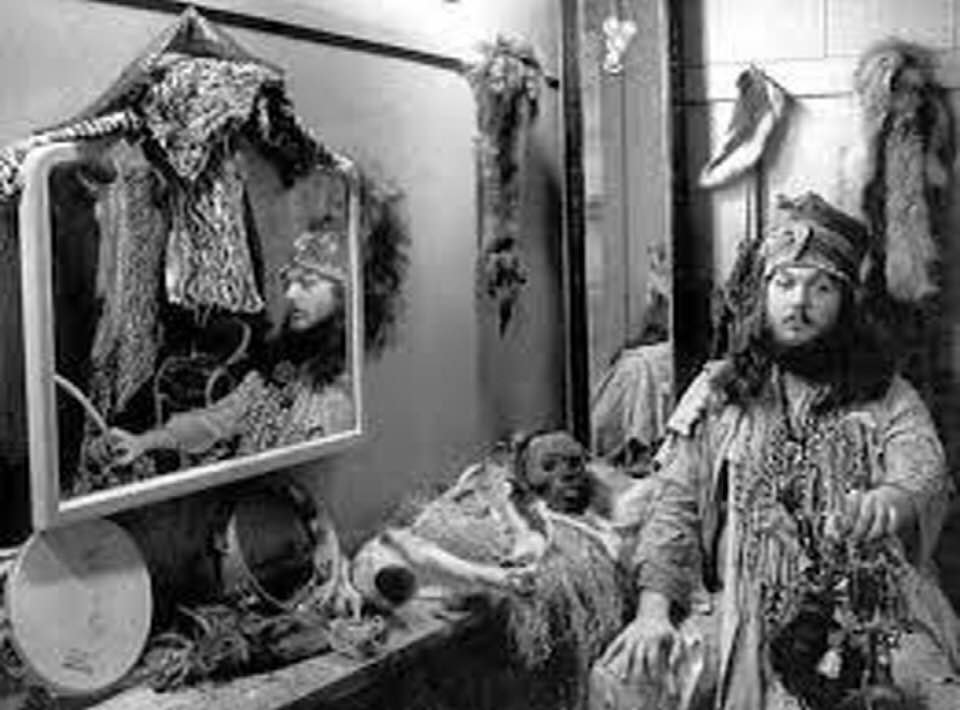 Dr John. Photographer and date unknown.
​
Editor’s Note: There are more great Dr John tracks than you can shake a stick at. Here is one that seems essential:
https://www.youtube.com/watch?v=qkX6JUXekXY

​​RETURN TO TABLE OF CONTENTS